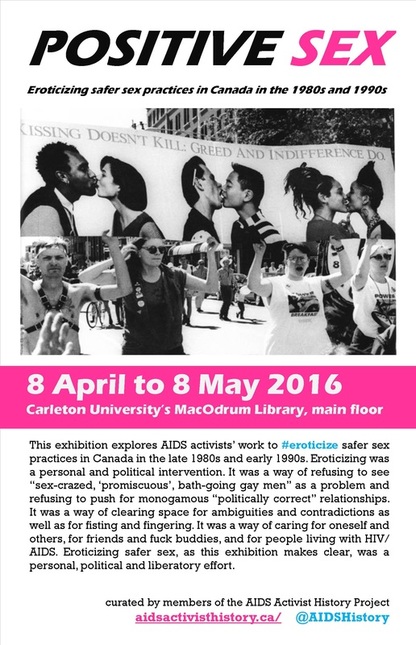 On the video wall, there was a little five minute remake of Death in Venice, but turned into “The ADS Epidemic”, not the AIDS epidemic. So, acquired dread of sex was the new epidemic, and it was of course talking about that culture of fear and hatred that early AIDS discourses in the mainstream media and state policies have produced, demonizing queers, creating a general sense of sex panic, and trying to combat that through humour and music.